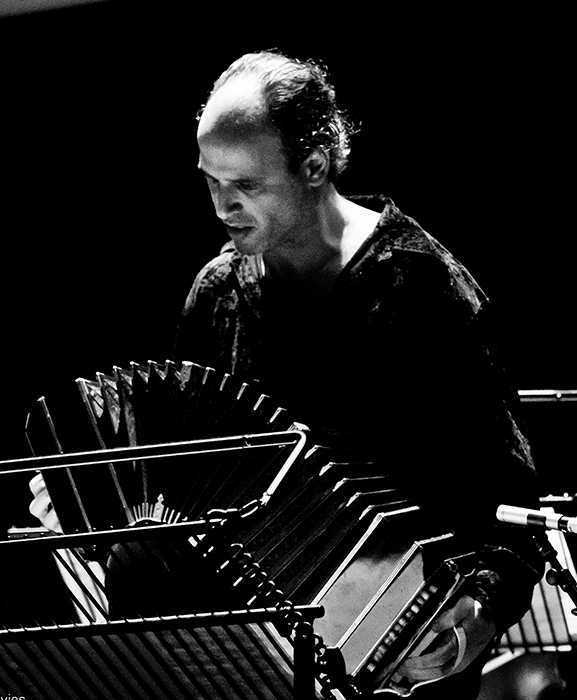 “…Nisinman, an enigmatic half smile playing around his lips he coaxed chromatic impossibilities from the tangle of buttons and fingers at his left hand and lower, throatier lines from the right. “ The Independent, UK. Born in Buenos Aires, Marcelo, is an internationally renowned bandoneon player, composer and arranger, taking bandoneon playing and the Tango to a new level. Nisinman is much in demand as a soloist playing with orchestras and at festivals around the world. He has performed with, Martha Argerich, Gidon Kremer, the Britten Sinfonia, Gary Burton, Fernando Suarez Paz, Assad Brothers, and the Philadelphia Orchestra conducted by Charles Dutoit. He has appeared as a soloist with the WDR Big Band under Vince Mendoza, the Arpeggione Chamber Orchestra, Orchestre National des Pays de La Loire conducted by John Axelrod and the Philharmonic Orchestra of Belgrad, amongst others. His compositions are diverse and original with their origins in Buenos Aires, and breaks the traditions and rules of the ‘Musica Porteña’ (music from Buenos Aires).